Heading off from a not so clean Little Venice. The water aerator had broken down and it was the only thing stopping the weed from moving into the basin. It only took overnight and the basin looked like this. 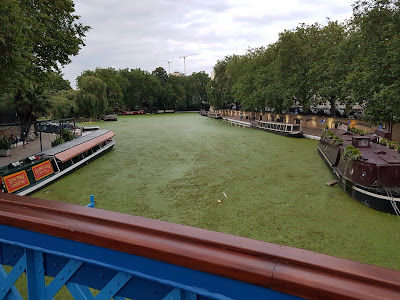 We took on water as we exited the basin, I don't think they see many boats tie up the water point. It was a slow fill with the water pressure very average and there was a constant stream of people bringing there containers down to be filled, noone wanting to lose their mooring spot I can assume, at least until 'change over day'. Change over day was explained to me as the day that everybody shuffles around to other moorings within London to 'pretend' they are continuous cruisers.

Our friends moved their boat from their booked mooring in Paddington Basin after four days, they moved across to the free moorings when one became available, you really have to be right on the spot to get one. The interesting part was they were there when another boat pulled up beside them. They mentioned to the owner that they were leaving in the morning and it would be best if they were on the outside, to which he replied, I'm tying up here, do what you want with the boat I'm off, after which he left! I said to my mate that setting it adrift was probably what the owner meant, my mate didn't think so. Anyway, we were off after helping them move the boat so they could get their boat out.

Good luck to CRT, there's a lot more boats here than there was three years ago. Gauging by the front page of the boater newspaper 'The Towpath', around 86% in the last four years, eventually something will have to give!

Our stops on the way back were similar to on the way down. We did vary a couple of spots, this mooring near Cassiobury Park at Watford for example. We had a BBQ lunch followed by a walk in the forest, a lovely quiet spot for an overnight mooring. 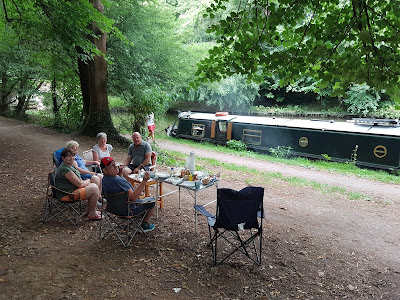 Now traveling with our Australian guests onboard, we were working to a schedule. I had booked a rental car to be picked up in Apsley in a few days time and Serafina was booked into the Apsley Marina for 11 days while we did some more local site seeing before heading north. 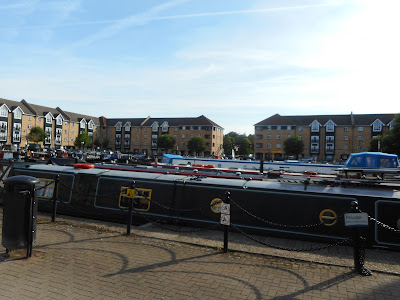 Sill in the Greater London area, we spent a day at Warner Brothers London Studios at Harry Potter World. There were now several avid Harry Potter fans in the group, Rachael and I were here three years ago and thought it was great then but it has grown in that time. Just a few of the props used in the films below, all life-size...can I say that about a goblin or a hippogriff? 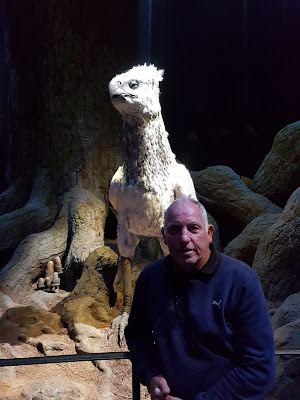 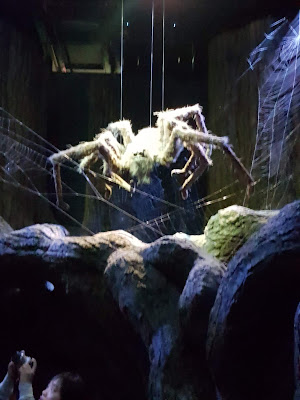 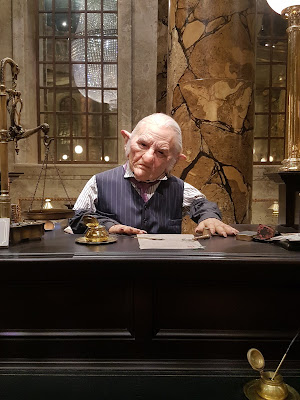 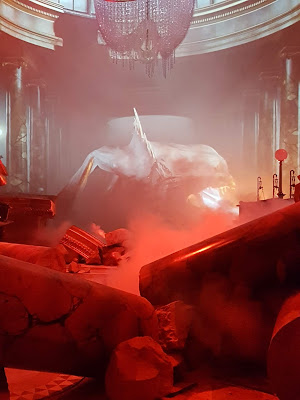 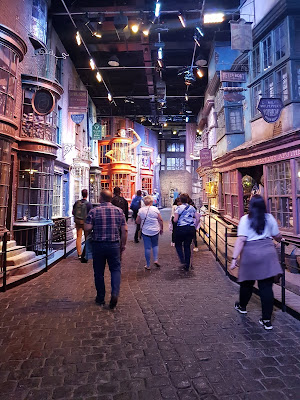 We also spent a day out at Bletchley Park where the WWII code breakers worked, it was a top secret base then. Rachael and I had been here before as well, it's only a short trip from the canal at Fenny Stratford on the Grand Union Canal but we used the rental car. Nothing much had changed, enjoyable nonetheless. If you would like to have a look at our blog about Bletchley Park the link is here.